How to choose a dental soft tissue laser?

With the growing demand by patients and clinicians alike for new and improved technologies in dentistry, lasers have become as an appealing option for dental treatment in a wide range of clinical applications. It is fun to see how we continue to consider this tool as a new technology. As a matter of fact, the first dental laser was born in the 1960s and, since then, it has always been appreciated by patients. Generally, there are 5 types of laser device which could be used on soft tissue in the dental market, Erbium laser, Diode laser, CO2 laser, Nd:YAG laser and Low-Level laser. You can refer to the table below for specific applications. You can also find that the dental diode laser has a very good therapeutic effect on soft tissues such as the pulp and gums. The diode laser only cannot be used effectively on the teeth. 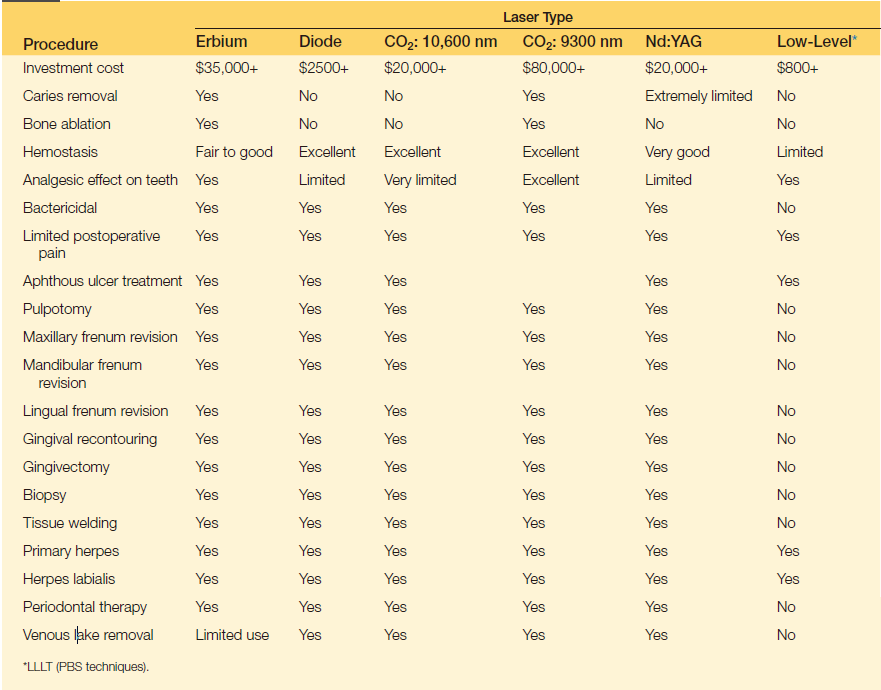 Now diode lasers are the most commonly used lasers in dental practices. Their relatively affordable pricing is a key factor in their popularity. Small size and easy to carry is also a big advantage over CO2 and erbium lasers. Equipped with multi-functional handpiece accessories, the diode laser can be used in other fields such as tooth whitening, biostimulation, etc. For laser beginners, diode laser is undoubtedly the best choice.

Before you buying a diode laser, you must pay attention to the following points:

Traditional laser manufacturers generally choose 810nm or 980nm because these two wavelengths have a relatively wide range of mature applications. In recent years, the application of 450nm wavelength has been developed (some people call it blue laser). As a new technology, integrating it with traditional wavelengths into a single device has resulted in the emergence of 3-wavelength or 4-wavelength lasers. This kind of product development method will be a hot spot in the future.

Power is important, and soft-tissue diode lasers come in a variety of power options. A laser’s power is essential to its ability to successfully perform any given procedure. The higher the peak power the laser offers, the faster and cleaner its cuts will be, which is the goal of laser dentistry. The Solase 980nm wavelength diode laser provides 16 watts of peak power for efficient and effective procedures.

But peak power isn’t the only thing that clinicians should look for when purchasing a laser. The method in which the power is emitted is also extremely important. That’s where super-pulsing power comes in! With continuous-power lasers, the laser is on and cuts the entire time it is in use. In contrast, a super-pulsed laser fires 50k times a second, turning off between each pulse. Because of the “cool down” that results between each pulse, known as thermal relaxation, a super-pulsed laser like the Solase laser can operate at a much higher peak power (up to 16 watts) without charring, dragging, tagging or damaging the patient’s tissues. This results in less pain and much quicker recovery times.

Diode lasers can be equipped with a variety of accessories to achieve a variety of functions, including fiber tip of different diameters and handpieces that can form different shapes and sizes of spots. These accessories determine the final performance of the laser. For example, diode lasers can be used in the field of teeth whitening, and the whitening handpiece is very important in this function. The earliest diode lasers did not have a separate whitening handpiece. Dentists could only use the fiber tip or tip connection port to enlarge the spot by increasing the distance from the irradiated area to whiten a single tooth. Later, many manufacturers developed some whitening handpieces to diverge the laser light through the special shape of the glass light guide, but the uniformity of the spot and the coupling efficiency were not satisfactory. Solase's exclusive whitening handpiece is equipped with a set of high-transmittance lenses, so that the size and shape of the spot perfectly match the shape of the human mouth, while the uniformity is very good, and the coupling rate is also very high. Not only the whitening handpiece, but the simplicity and practicality of other accessories such as fiber tip are also very important. 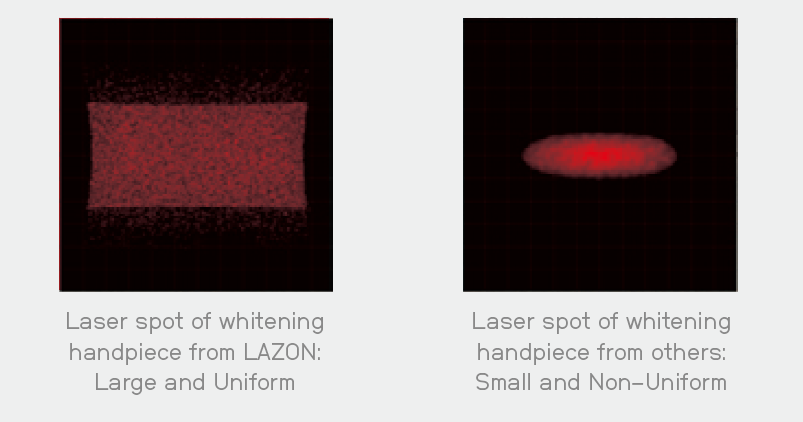 The factor that determines the final therapeutic effect of a laser device is the energy irradiated on human tissue, and the determining factor of energy is time and power. Therefore, accurate and stable power output is an essential factor for a good and repeatable treatment effect.

In the past, you can find in many diode laser literatures that the authors will measure the power output of the laser at the fiber tip with a laser power meter before conducting certain experiments to ensure the accuracy of the experiment. Most of the measurement results have a relatively large deviation from the power displayed by the laser. This is because in order to achieve accurate and stable power, laser equipment must have high-quality diode sources, accurate control systems and temperature control systems, high-efficiency cooling systems, and the aforementioned high-quality laser accessories. It is difficult to achieve these conditions in one device. Before you choose to buy a laser, it is best to see the actual power test results of this laser such as video. This shows that the power output of this laser is truly accurate and stable. 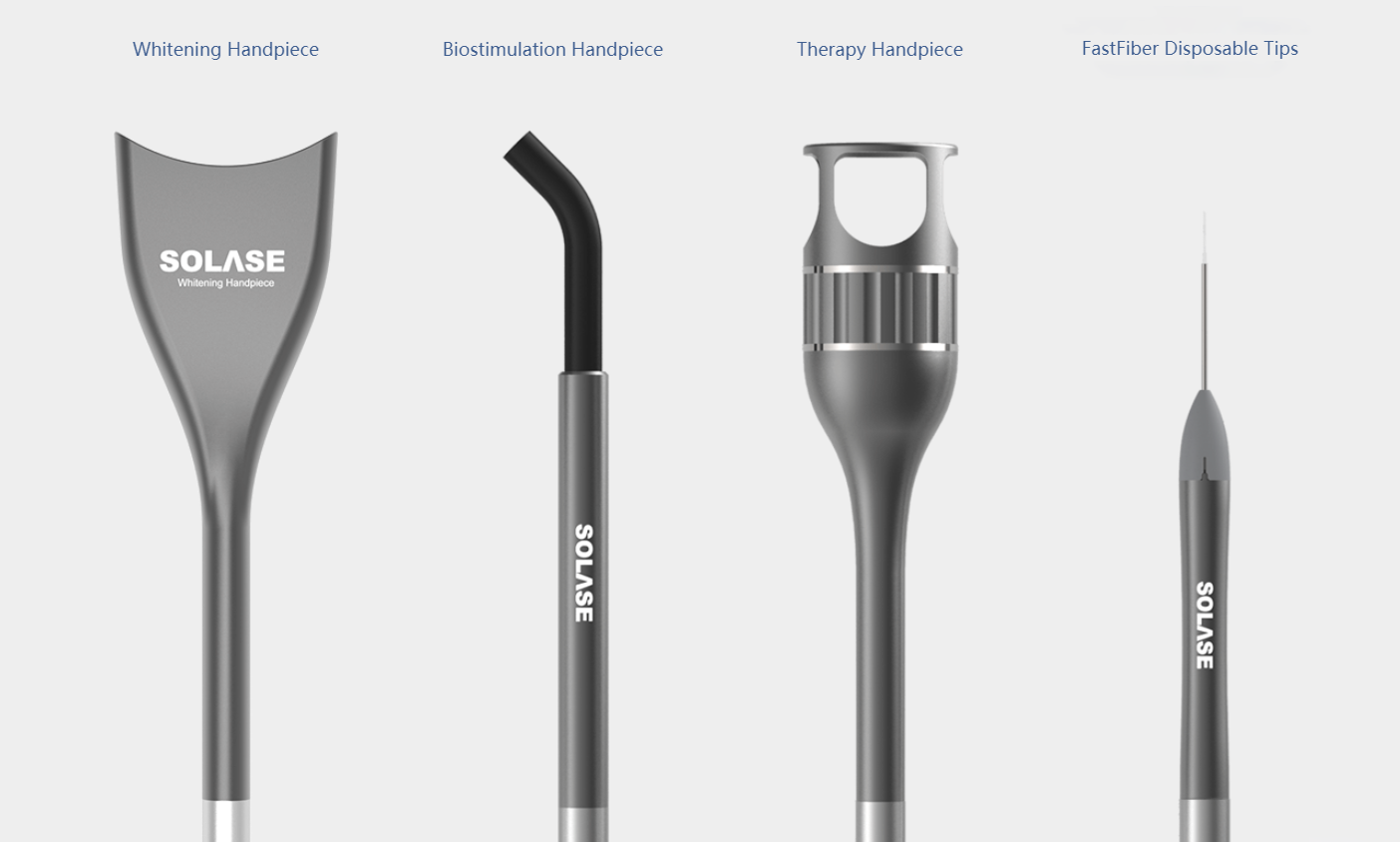 Next：Why buy a dental laser and what do I need to know when I buy it?